We decided to take a last minute trip to Tobermory for our anniversary in September 2007. We packed up and left after work on a Friday without any reservations anywhere. Pretty silly of us considering it was Labour Day weekend. We lucked out and finally found a room in a little hotel along Hwy 6 south of Tobermory. Our goal was to stay in Tobermory but everything was booked solid by the time we got there. Here are some pictures of the area:

First stop of the day was a boat tour to see some submerged shipwrecks. The first were located in Big Tub Harbour. Due to the wind, we were unable to land at Flower Pot Island, which was a bit of a disappointment, since we’d hope to hike around a little. The tour still passed by the island and a couple other locations. The colour of the water there is almost tropical. So beautiful! 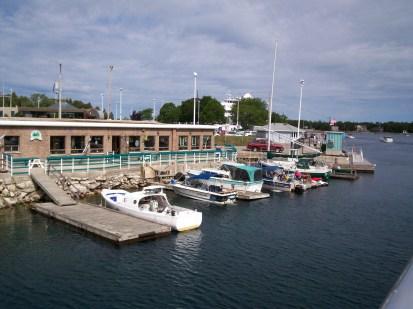 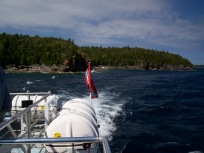 Our next stop was Bruce Peninsula National Park Visitor Centre. We walked to the top of the smaller lookout tower then took a short hike to Georgian Bay. 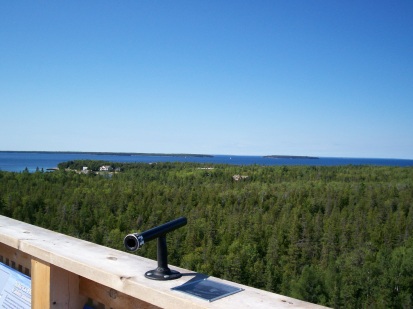 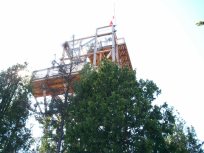 Our next day trip was to Dyers Bay and the Cabot Head Lightstation. The light station started operating around 1896 and was named after the famous explorer John Cabot. In 1968 the original structure was demolished and replaced with an automated light. About 15 years later what was left of the light station was restored to the structure it was before. We toured the lighthouse then walked down the path to a little bay where we found a canoe left out to the elements. 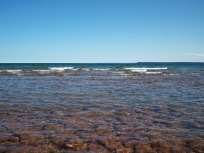 The next day we left for home but stopped at The Corran near Wiarton. It is located in the Spirit Rock Conservation Area. There is also access to the Bruce Trail, so we hiked some of the trail while here. 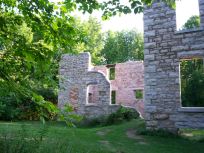 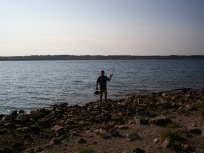 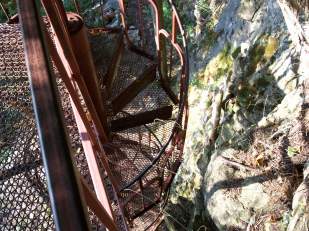 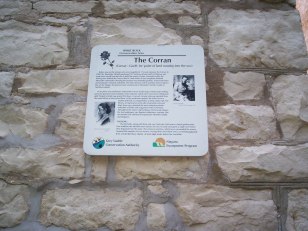 Next stop after this was Bruce’s Caves Conservation Area. Really cool place! I had some fun climbing around the rocks:

On our way home, we skirted the opposite shore of Colpoys Bay and stopped at the beautiful Indian Falls. There was not a lot of water going over in September but the layers of rock told an interesting story of the geology of the area. Very beautiful!

We had a lot of fun on this trip. At some point, we’d like to camp with our travel trailer on the Bruce Peninsula. There is so much to do there. Here are some links:

May 16th, 2019
Follow Sue and Daves RV Adventures on WordPress.com